ON EMBARASSMENT AND SHAME - FROM THE FIRST SLAP IN THE FACE ...TO THE IDEA OF JUSTICE 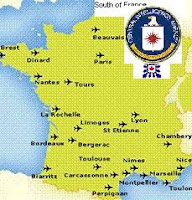 "What an irony that it is the tortured not the torturer, who feels shame and embarassment from the first slap in the face to the non accountability of those who participated directly or

indirectly in torture and its irreversible damages."

"Anyone who has been tortured remains tortured." Anyone who has suffered torture never again will be at easy in the world...faith in humanity , already cracked by the first slap in the face, then demolished by torture, is never acquired again..."
Jean Améry, Austrian philosopher tortured by the Nazis - At the Mind's Limits: Contemplations by a Survivor of Auschwitz and Its Realities - 1980


HOW CAN IT BE THAT THOSE WHO AUTHORIZED, ORDERED AND/OR PARTICIPATED IN TORTURE WALK FREE, RECEIVING THE "DE FACT" IMPUNITY ?

"...I ask you to act in service to the truth and to the principle that no matter how high the position held nor how much power accrues to it, its incumbent must be held accountable to the law. ...to do less is to betray the very idea of Justice"

From the letter of Sister Dianna Ortiz, U.S. citizen tortured in Guatemala in 1989, to President Obama - July 2009

In France, the top Secret "Alliance Base":
"Under the directions of the CIA, the countries that have sent officers to be part of the "Alliance Base" based in France, include: Canada, Britain, France, Australia