PHOTO: Dr. Larry James - U.S. Army colonel and psychologist Dr. Larry C. James, a former high-ranking advisor on interrogations. According to his own statements, Dr. James played an influential role in both the policy and day-to-day operations of interrogations and detention in Guantanamo.Publicly-available information suggests that while Dr. James was at Guantanamo in the spring of 2003, abuse in interrogations was widespread and cruel treatment was official policy. 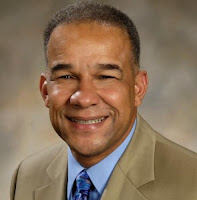 WHEN HEALERS HARM :
http://whenhealersharm.org/call-for-war-crimes-investigation-of-larry-james/
Posted by Caravan - Stop Canadian Involvement in Torture at 12:57 AM